Radenko Mišević was born on July 14, 1920 in Rogatica, died on February 5, 1995 in Belgrade. In the birthplace of acquired primary education and secondary technical school, architectural section, finished in Sarajevo. Painting is finished at the Academy of Fine Arts in Belgrade, class of professor Milo Milunovic, from 1940 to 1946. He specializes at Ivana Tabakovic, Mark Čelebonovića and Nedeljko Gvozdenovic.
Since 1949 doo 1952. He was an associate of the National masterclasses painter, professor Milo Milunovic. On leaving Sarajevo in 1953, after a call to work Gavrilo Princip Museum, where he stayed for nine years and worked as editor of the weekly “7 Days.” A short time spent in the studio, and André Lhote in Paris. A study trip to Italy, studied the frescos and mosaics. He regularly exhibited in collective exhibitions of ULUS. One of the founders of the group “Independent” with whom he exhibited in Belgrade, Ljubljana and Maribor. He was a member of the group “Sarajevo 55” and “Group 57”. One of the founders of the Association of Visual Artists of Bosnia and Herzegovina and served two terms as its president.
The biggest part of his life Radenko Mišević spent in Belgrade, on Senjak. He was a professor at the Faculty of Fine Arts in Belgrade from 1964 to 1985 and the Academy of Fine Arts in Sarajevo from 1972 to 1985. For two terms he was Dean of the Faculty of Fine Arts in Belgrade. He is the founder of the School of Design in Belgrade, where he was a professor. He also taught at the Center for Visual Arts in Belgrade. For Professor at the Faculty of Fine Arts was elected in 1964, where in the position of professors and retired. He has taught courses Painting and drawing and theory of form. During the work at the university for two terms was elected dean, and in 1979 he founded the Gallery of Fine Arts.
In addition to painting involved in journalism, theater and film sets. He directed the short film “The house rich,” for which he received international recognition. Throughout his life, organized a 40 solo exhibitions and over 150 group exhibitions, of which 11 abroad. He has exhibited in almost all major galleries in Yugoslavia. In 1985 he organized his retrospective exhibition at the Art Pavilion “great wars”, for which he was awarded the October Award of Belgrade. He is the author of books on the subject of Theory of form that is taught at the Faculty of Fine Arts in Belgrade, author of “The days and years,” and worked in design and illustration books.
As a painter Radenko Mišević left a huge footprint and made a great contribution to the development of fine arts in the former Yugoslavia. Radenko Mišević was a versatile personality interests. Although it was primarily dedicated to painting, he tried his luck in other artistic techniques: drawing, graphics, mosaic, intarsia. This refined painter, he left behind significant works from different artistic phases of realism and lyrical abstraction.
Paintings of Radenko Mišević are represented in the collections of the National Museum in Belgrade, Museum of Contemporary Art in Belgrade, Belgrade City Museum, and many other major museums in Serbia and the countries of former Yugoslavia, as well as in important museums and galleries abroad.
He was buried in the Alley of Distinguished Citizens at the New Cemetery in Belgrade. After it has been called a cultural center in his native Rogatica, a city of Belgrade is one street called his name. 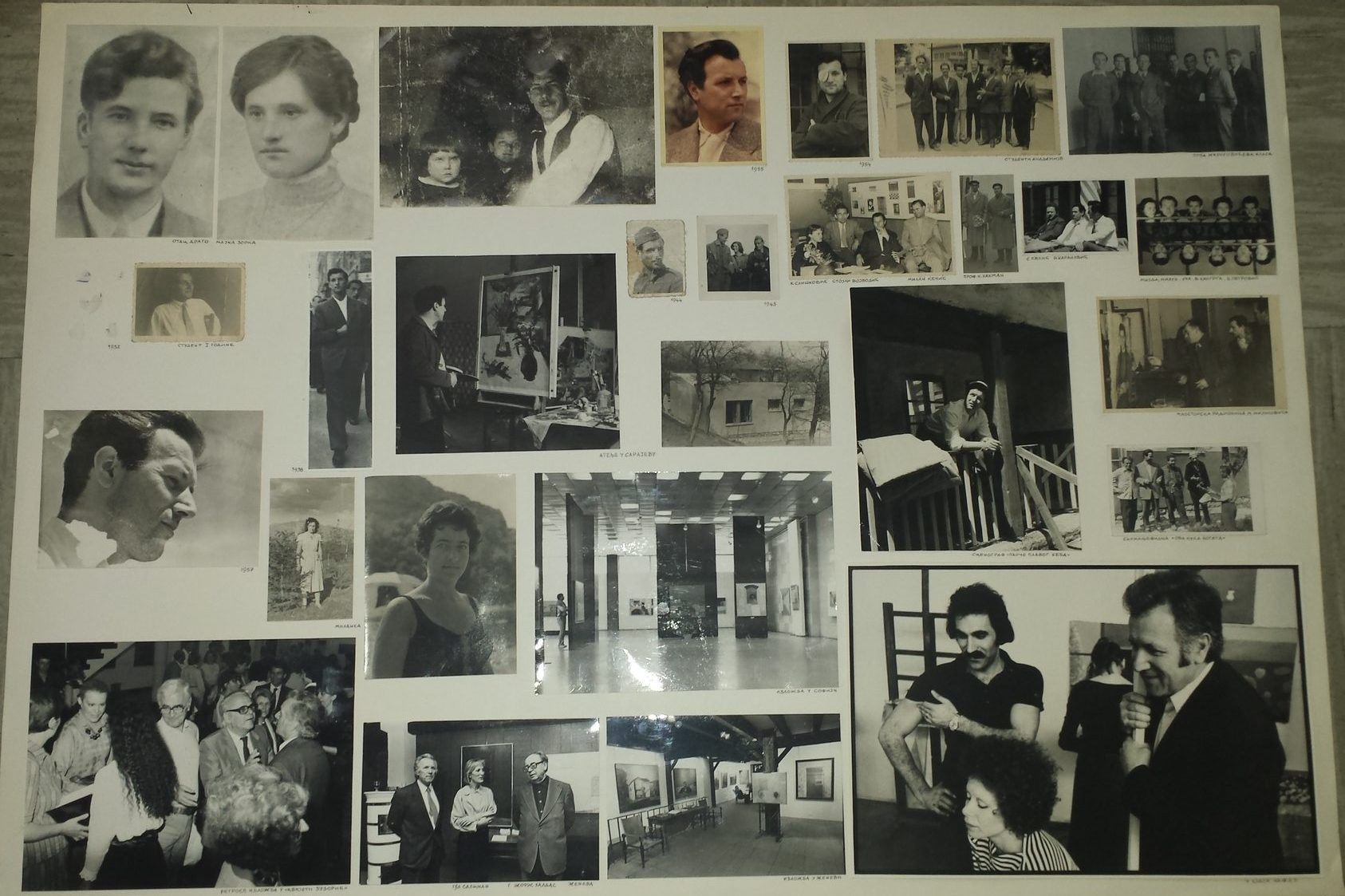 Photographs from various periods of the life of Radenko Mišević that the author himself has prepared.

"... Mišević lays bare his states of mind, finding a kindred spiritual, thematic, multifaceted bareness in the elements that come together to form a painting. A transition from the mental to the spiritual that serves as a vessel for the poetry of work so it can carry a message. In many works, this message is stern, devastating, but at the same time justified and deeply human."